Do you have a format idea? Or are you looking for a format to aquire? ArtWinner is your guy.

We're proud to have put our name as producers on numerous feature films.

The Doc is strong with this one. Our strongest suit is storytelling and our experience with it stretches past a 17-year mark.

We love film and strive for better storytelling and a broader view with each new title.

Art Winner is a production company with extensive experience in audiovisual content production, its stronghold being TV and documentary. The company was founded in 2002 by Billyana Trayanova, author and producer of films and series like “Parallel Worlds”, “Border State”, “Hope Center”, “The Magic of Strandzha”, “15 Million Year Old Tales”, “Addiction”, “Strokes”, “Smoke”, “After the Sunrise”, “Home”, “Thin Ice”, “Bene Facta”, and others, all broadcast on national television, and including “41 Degrees” broadcast simultaneously on 3 national networks.

Our creative professionals will help develop your idea or come up with one… or ten. Blank pages are our favorite, because we get to fill them in.

Are you finally ready to make your story into a visual? We’ll be with you from A to Z. Lights, Camera, Action!

The cameras are off and packed up? Now, to the hardest part: we’ll guide you through the jungle of post-production, or simply do the job ourselves if you so prefer.

If you’re stuck on your first paragraph or just want help with your story, our experienced writers are at your service.

We’ll help you with what to shoot, where and how to get there. 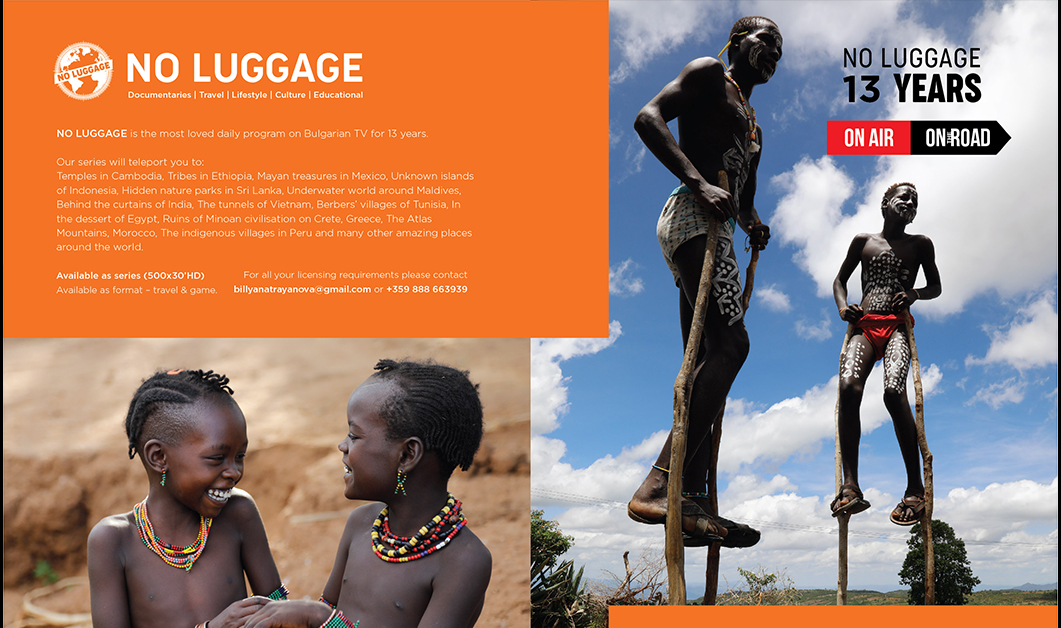 No Luggage series tell positively charged stories, sharing virtues, respect and tolerance. We explore the beauty and history of cultures and landscapes of both well-known and most hidden corners of the world focusing on the local knowledge and tradition.

Marco Adams is an 8-year old boy.
His parents film different cultures, tribes, animals. Their son accompanies them on their travels. Adventures follow him everywhere. Each story happens on a different place of the planet. With Marco, the young readers will travel… 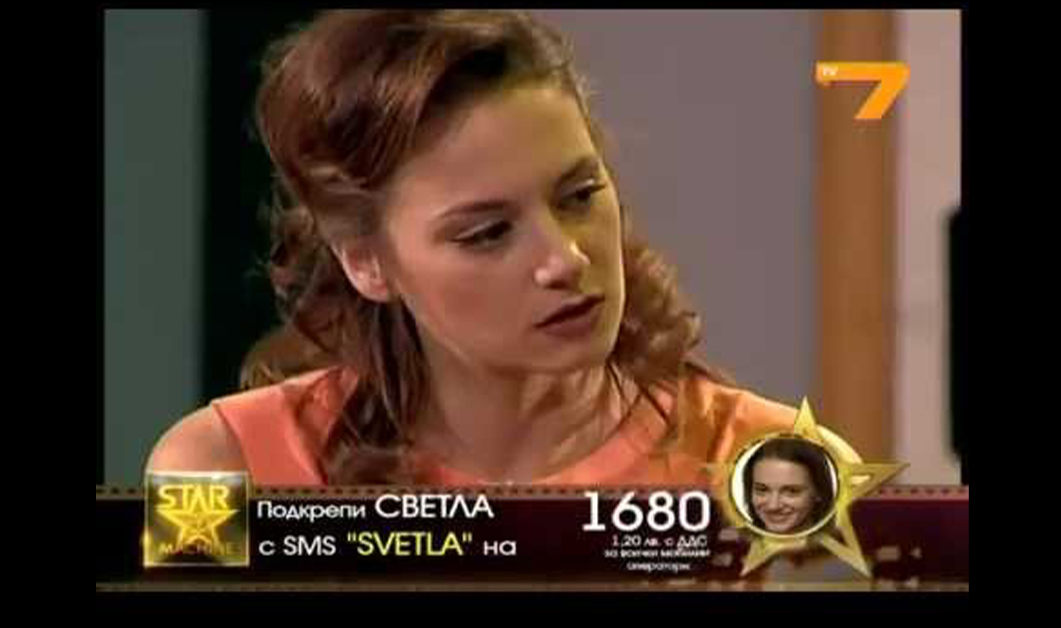 Star Machine gives a chance to talented men and women to start up their acting career as actors, TV hosts, movie stars and to get into the Factory, producing Stars. Young unnoticed talents have the rare chance to get through the Star Machine and be transformed into stars.

GET IT TOUCH WITH US?